Thank you to Allum Bokhari for a far and balanced story about the trolling.

you can support me in my battle against the trolls here at my patreon page. Thank you! 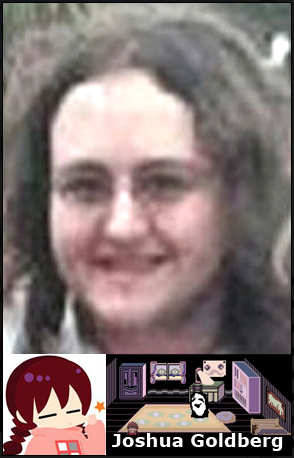 Joshua Goldberg is a young punk from Florida who carried his trolling too far.

I’ll continue my investigation. I’m also going to update my ebook…probably sometime next month. This will be included.

The Ben Garrison name and Ben Garrison cartoons have been under constant attack by trolls on the internet for the last five years. Ben tried to ignore the trolls (don’t feed the trolls) for 2 years, which caused them to ramp up their attacks on Ben’s business and family.  Ben Garrison “The Most Trolled Cartoonist” in the world has written a book and told his harrowing story in  “Rogue Cartoonist: The internet perils of a Citizen Muckraker” now on Amazon.

Ben thanks those who have offered encouragement and not belittlement.  He dedicates his book to those young people concerned for their country and freedom.

Know Your Meme has an exclusive interview with Ben Garrison who tells his harrowing adventures with the “Online Hate Machine” get the whole scoop here!

Bryan Carpen racist troll who attacks Ben Garrison and GrrrGraphics posts his lies on 4chan and 8chan where he along with a handful of internet misfits post constant threads attacking women, African Americans and other minorities, Libertarians and Jewish people. Let’s face it they hate everyone and everything.

We found Bryan Carpen’s keyboard! He must have dropped it while he was clutching his pearls.

Bryan aka butt-nutt Carpen racist troll, who takes every Ben Garrison cartoon and turns it into hate trying to make people believe that Ben Garrison drew hate images..Bryan Carpen photoshops together racist cartoons and trolls people by leaving their name on them.

13 Responses to Disclaimer: Don’t be Trolled